On Wednesday, 1/4/23, I'm at work and get the text message you dread - it's from one of Barb's friends saying that she fell playing Pickleball at the Y and they are taking her to the ER. My office is 3 blocks away from the hospital so I actually beat them there and was waiting for them to arrive.

Turns out she was 2 points away from winning the last game and then she did the one thing she insisted she would neverd do - run backwards while trying to hit the ball. Needless to say, she fell down and used her wrist to make sure that she didn't injure her back or head. The good news is that her protection efforts worked and her back and head are fine. The bad new is that she still fell down hard and was in a lot of pain in her left wrist (did we mention that Barb is left handed).

Her friends are pretty smart, check out the temporary splint they used to get her to the ER: 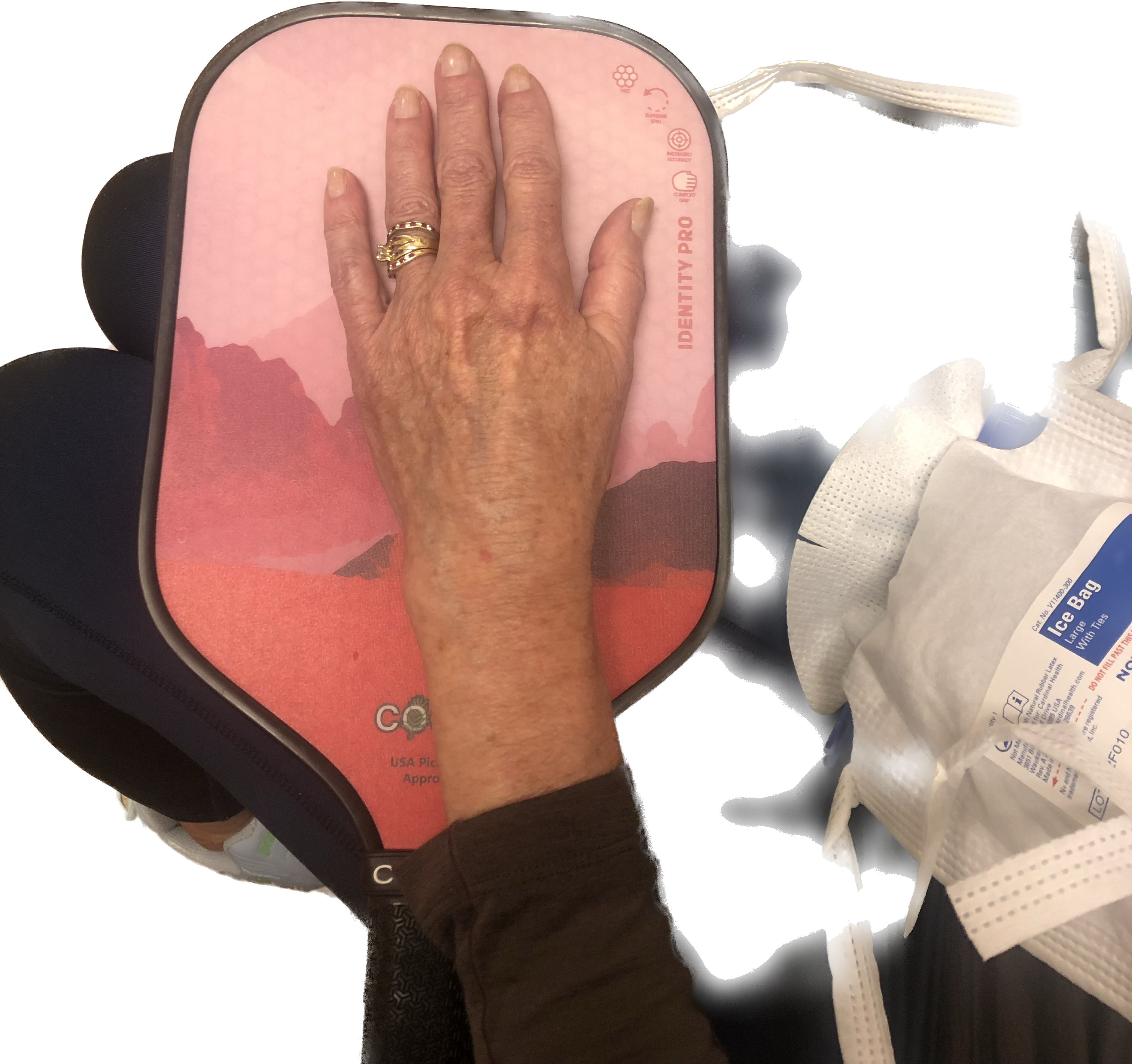 After waiting around a bit we get into an examination room and they start working on her. The first order of business is an x-ray, which happens right in that room. They wheel a portable x-ray machine in, take a couple of pictures, and then you can see them then and there.

While waiting around the ER nurses (we never saw an MD, just nurses and a PA) decided to add some traction to her wrist and put her into this medieval torture device: 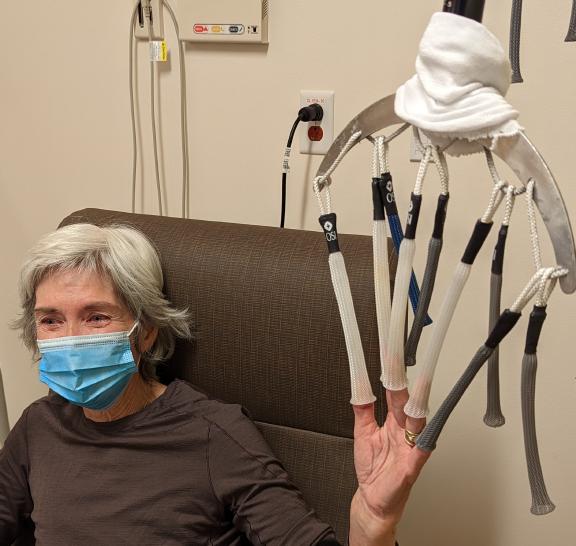 This won't solve anything but will help to stabilize things for the moment.

The next step is we need to see an orthopedic surgeon to address the issue. The PA gives me the number for the on call orthopod (interesting that the DR is on call but not even in the building but whatever). I call the orthopod but they're so busy I just get an answering machine and a promise to call back in 3 hrs. (I try their online scheduling system but the soonest appointment I can get is over 2 weeks away - that isn't going to happen).

The ER nurse (I can't complement the BCH staff enough, they were wonderful) then suggests that, since the orthopedic office is only a block away, we should just walk in and see what they can do - it's a lot harder to ignore someone standing in front of you as opposed to ignoring a phone call.

Trudge over the orthopedic practice (that place is big, lots of people breaking bones in Boulder). After waiting for about an hour they call us into an examing room and shorly after the PA comes in (turns out we never saw a doctor until the actual surgery, it's amazing how the medical industry has changed in just a few years). She explains that they've already reviewed all of Barb's x-rays that were sent over from the ER and yes, she will need surgery to put in a plate to stabilize the wrist. The good news is they can do the procedure the next day in the afternoon if we want. Of course we say yes so they schedule an MRI for the next day at 9AM and the actual surgey for 3PM.

(Minor hickup on the MRI. The machine in this building is available but so new that Medicare won't pay for it, to use it we'll have to pay the $375 bill. The other machines that this practice uses in the area are all booked up so the only other machine they can schedule is in Denver. Fine, we're not driving to Denver in winter rush hour so we'll just pay the bill.)

Surgery comes and goes with no real issues. I'd been told it was going to take 90 minutes so, after 2hrs, I was driving over to the surgery center when I got a call that every thing went fine and Barb was now the proud possessor of a very expense plate that, hopefully, she will keep and treasure for the rest of her life. (If the plate bothers her they can take it out but that would require another surgery, with general anaesthesia, so we'd prefer to avoid that if possible).